It was one night in Bucharest, during one of the short visits I sometimes do there, in order to meet old friends and catch up with what is still going on all over Europe. I was invited to an official dinner and suddenly and somehow unexpectedly I met them: the SWARTE girls.

We chatted about here and there, life in Romania, future of the world and so it came up an amazing vision they had about the world’s face of tomorrow.

“One square meter of roots” reduces us to the basics of humanity and rebuilds the strong pylons we can count on while on crisis. They are the fundamental little things that define us as human beings and help us building up confidence for the rest of our days.

It was not only the concept in itself, the courage they had to express and construct it but also the way in which they decided to firstly respect and consider each other ideas and dreams that came out in such a round form you could only say it was built up by only one person. But that was not the case: they are two and definitely good friends.

One of them defined the project, searching for the human roots while looking up every little detail of the surviving tribes around the world and expressed her vision in a body painting form which was consolidated by the other one, who completed the message and caught it in a second of photography.

The SWARTE women made me feel so much harmony and peace during that otherwise business evening that I suddenly decided to share their vision with you. 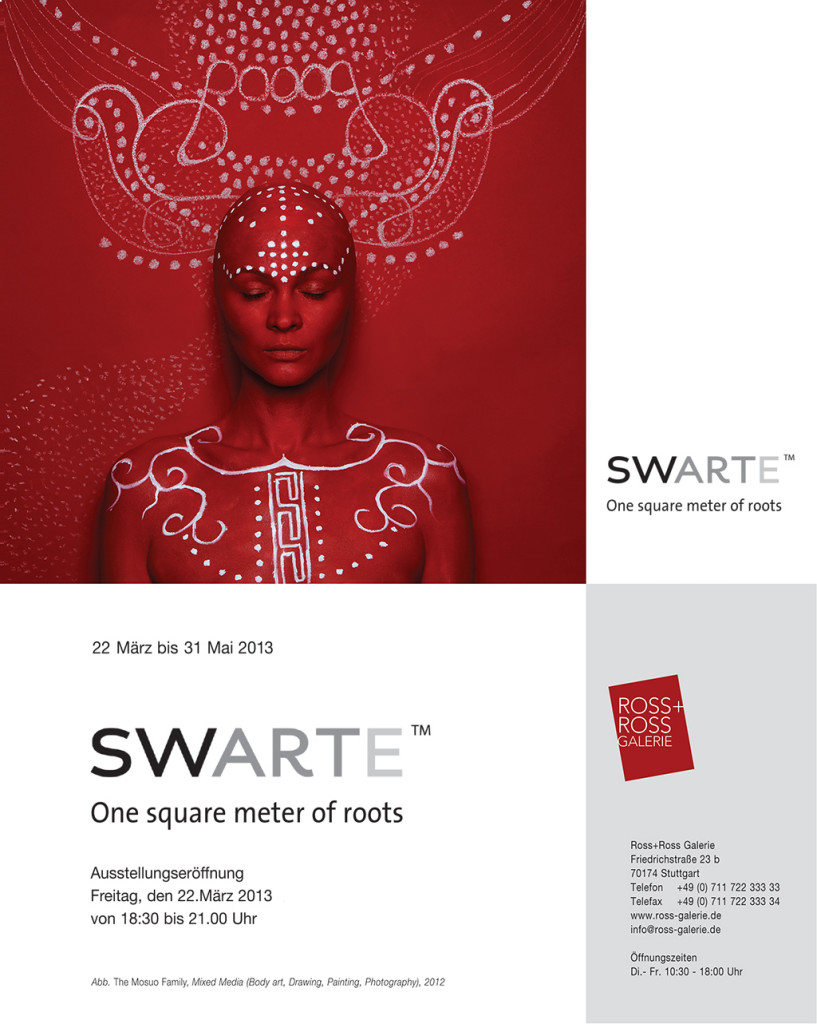