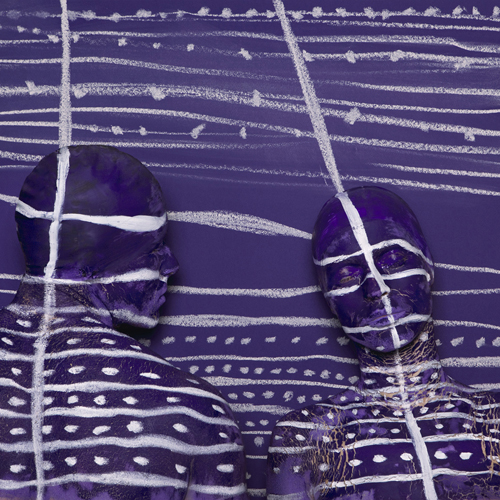 We survived more than 40 years of communism and finally became an integrated part of the modern world, comically smiling and childishly believing that we will forever and ever happily enjoy spending our lives between credit cards, global corporations, shoes and accessories, expensive cars and amazing roads.

I can only be amused instead of terrified seeing that humanity was once more tricked – this time by the sparkles of globalization – and forgot again the fundamental things that define it, and which are the only ones able to offer us the chance to avoid ending up in a sad individualistic era.

I would rather define the current global crisis as being basically a spiritual one as it reflects the level of conscious evolution of the human species. It is, therefore, hard to imagine that it could be resolved without a radical inner transformation of humanity on a large scale and its rise to a higher level of emotional maturity and spiritual awareness.

Watching how the entire world struggles now to build the future, the first thing that came in my mind was a quote from Donald Sutherland saying that it would have been great if we would have gotten a chance to live our lives backwards.  That is exactly what the art collection “One square meter of roots” is trying to sustain: a wise way of living.

The task of “feeding” humanity with an entirely different set of values and goals might appear too unrealistic and utopian for most of us. Still, we are facing the necessity to instill humanity with profound ethical values, sensitivity to the needs of others, acceptance of simplicity, and a sharp awareness of ecological imperatives. Even if such a task appears too fantastic even for a science-fiction movie we all have to admit that a radical mutation of ourselves is already underway.

I have no idea if the formula provided by the art collection “One square meter of roots” is the ultimate answer to the question we all have in mind today, but it is definitely a good start, at least for some of us to have a look at what made more than 70 tribes all over the world be able to survive and conserve themselves during time.

The 18 works within this collection represent a personal vision about those basics which might help us avoid walking about our lives in a dark tunnel fulfilled with selfish thoughts and  handicapped feelings.

The message of each artwork of this collection is explained in details on http://www.sw-arte.com/stories/.

When creating it, the composition of the paintings was reduced to the same repetitive framing, as the main thought was to express each part of the entire idea with the help of symbols from lives and rituals of the surviving tribes, as they were chosen and considered as letting the art work breath its own message in the most clear way. It was painting, it was drawing, it was body art and in the end it became photography; so many levels and so many ways, as a kind of representation of all historical human lessons that made us what we are today and what we can become in the future. All characters in the art works were “drained” of their own individuality for a better comprehension and fluidity of the narration.

One square meter of roots is supposed to be a balance between symbols and emotions. Therefore some works are full of representations while others include free painting and drawing, meant to offer place to personal reflection while creating strong emotions at the same time.

The entire assemble of each photographed painting is supposed to generate such an impact, while having an amazing force meant to define it as a clear statement of the message it contains.

Last but not least… we did it together. One of us defined the project, searching for the “roots” while looking up every little detail of the surviving tribes around the world and expressed her vision in a body art form which was consolidated by the other one, who completed the story and caught it in a second of photography. That was probably the most emotional and intangible part of the project, as it came out so round on base of mutual respect and empathy.