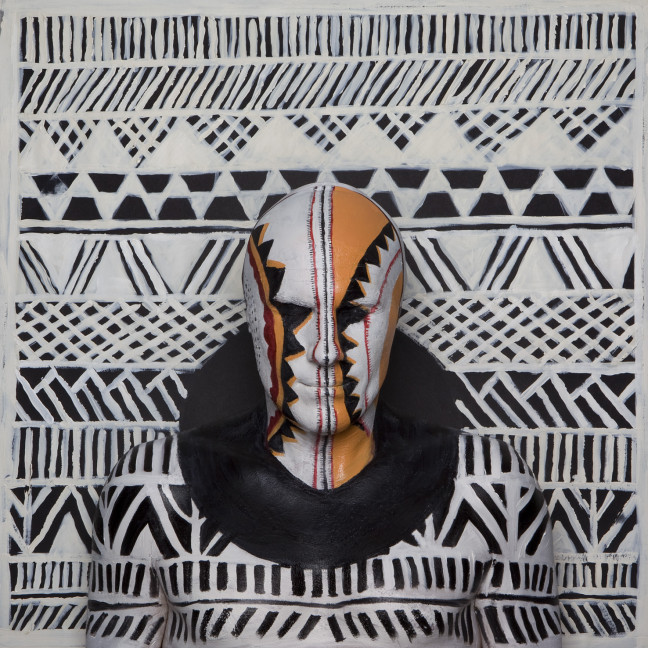 Time played him. He was looking in the mirror straight into his soul and realized that what he could see was just the end of an era. As scary as the image in the mirror appeared, he didn’t panic. He calmly looked a bit more intense and without any fear suddenly decided that the full acceptance of his adult life might not be such a bad idea as it culminates – if he’s going to luckily live long enough – in the respected status of a wise man. It was just a second. He didn’t need more to be able to decide that from now on, he will raise his family even if he knows that for some of his companions this will mean that he’s going to give away the most privileged time of his life.

It was so easy for him to “open the way” as he was a leader and not any kind of them, but a beautiful and healthy one. He was able to show his strength to the world, while he was drinking the blood of a bullock’s neck without scaring the women away.

So the next day he went into the enkang,  the hut built specifically for him with this occasion. His mother shaved his head while sitting on the same cowhide on which he was circumcised, and the others decorated his body in white and red. While they were doing their job, he only remembered hearing somewhere that the retiring warriors often weep and tremble when they lose their hair as this was the symbol of their  freedom and sense of adventure, and the fear and respect that they more basically used to instill. He laughed. No one knew why. But he was curiously happy. He had grown up.

The Eunoto ceremony is performed by members of the age set, ten years after warriorhood. It marks the status of a warrior transitioning to a senior warrior. This initiation also permits senior warriors to marry, which in turn prepares them to become future fathers. The ceremony takes place in another specially chosen camp that includes a total of forty-nine houses. The forty ninth house is known as Osinkira, a large mud hut made specificaly for the Oloiboni. Warriors on a daily basis will entertain the Oloiboni until the event is over. Every graduating warrior must shave his long ochre-stained hair, which is done by the warrior’s mother. During the festival, warriors are prohibited to carry weapons such as sticks, spears, knifes, etc. Also, during this event, an animal horn is set on fire and warriors are forced to take a piece out before it is completely burned. No one wants to take the piece out, because whoever takes the horn out of the fire will suffer misfortunate throughout his entire life. However, if warriors refuse to take the horn out from the fire, the entire age-set will be cursed. It is better for one person to be unfortunate than many.

Warriors must raise eight bulls, before the ceremony, to be distributed to the elders at the graduation day. Three important leaders must be chosen by the warriors before the ceremony; Olaiguanani lenkashe, Oloboru enkeene and Olotuno (the initiate one). No one would like to be one of these leaders, particularly the Olotuno. This person shoulders all of his age set’s bad and good deeds.  The Olaiguanani lenkashe is honored with a specially chosen female cow; Oloboru enkeene is honored with a leather strap with a knot that symbolizes his age set. By the end of warrior-hood, this knot will be untied to free the warriors from their isolated world. The knot allows warriors to do things independently from other age mates. This stage of life is a transition to an elder.