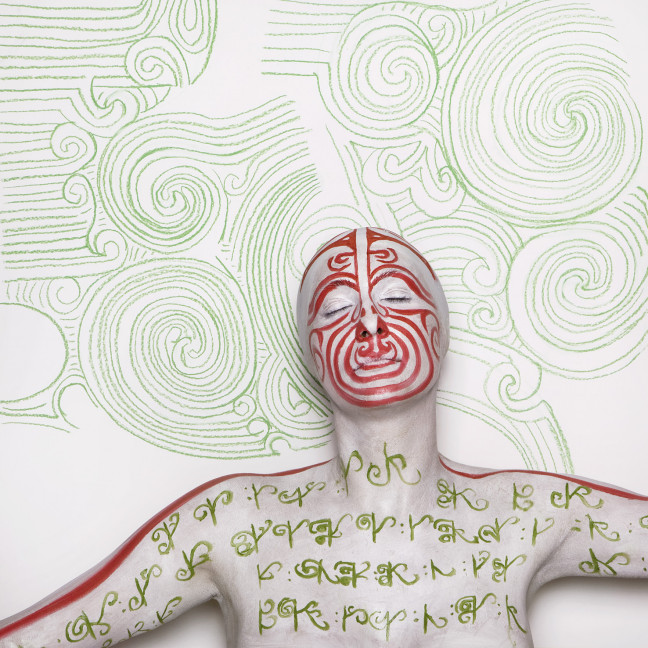 Making changes to one’s body evolved in our days to the level of plastic surgery, but is probably something as old as human themselves.

During time it manifested in many ways and for some it seemed to be almost a cultural need. Humans etch pictures underneath their skin, pierce holes in their ears, nose and lips, or scar themselves decoratively. What for some may mark the beginning of a new life phase, or even a promotion in social status is a religious taboo or used to humiliate or disgrace another person in other societies.

Whatever the reason, those with such decorations stand out from others and give a signal with their bodies.

In Tahiti the geometrical designs of the tattoos indicated origins and social status for each islander. Without tattoos, neither men nor women could ever hope to find a partner. Many rituals of the Maori accompany the tattoo ceremony of the Ta Moko, which represented a milestone when a moment of transition had arrived. No longer a child, the newly tattooed became a man fully respected as he assumed all obligations entailed to that.

In both cases, the initiated could easily read the tattoos; in some ways, it resembled a signature. The lines, circles and dots were, in fact, of such importance to the Maori, that they did not use their names, but rather the tattoos on their face, when the time came for the Maori chiefs to sign the Treaty of Waitangi drawn up by the English colonials. They did not even need a mirror.

Therefore, it comes as no surprise that the Christian missionaries and colonial rulers of the time greatly disliked the tattoos and did their best to put an end to them. They almost succeeded. For many years, the tattoos were a trademark of minorities and social outcasts and generally not tolerated by society. The Maori slowly rediscovered their roots and their identity. A young and active form of freedom has emerged. One expression of this new political self-confidence in the increase of Maori getting tattooed traditionally, combining the old designs with new concepts, ideas and pictures. Without a doubt, this revitalization is a direct consequence of the increased rights of self determination.

Across the world peoples’ bodies represent a map to the soul, a symbol of belonging to a community and a business card indicative of the owners’ social status. Body decoration, when the forms, are those determined by a certain community, implies “I belong.”

Whatever humans around the world, who deliberately change their bodies, wish to communicate to their environment obviously depends on the individual societal circumstances.

People are proud of these bulging geometrical patterns or other types of changes of their body. Not only are they seen as a sign of beauty, they also tell stories of soul battles and victories. Our bodies are a large scale form of self-portrayal and our skin is the journal of our lives.