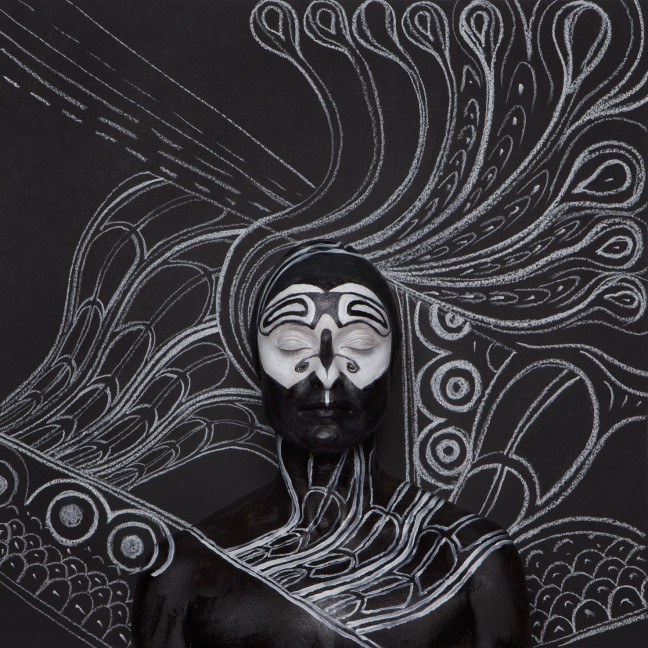 Hungry mouths gather around the fire. The communal meal is an important part of the development of the social fabric of Human Society. But one day, there was food that could be stolen. The storehouse was a radical turning point in the social history of Mankind. From then on, the man guarded the supplies and the woman prepared the meals. This activity is profanely called pairing consolidation, thus coining the idiom: the quickest way to a man’s heart is through his stomach. After that short full-speed gallop through the evolution of Man, one must take another look at the aboriginal peoples and their diet. Everything that is at all possible psychologically is also tried and cultivated by Homo Sapiens, but only those who keep the supply and consumption of energy in harmony leave healthily. There is no such thing as a natural diet. Instead man eats whatever his own culture or society respectively offers, regardless of whether it is the modern fresh food or the Stone Age diet.

Sedna was the most amazing Inuit girl. So incredibly beautiful that thousands of men were coming around and chased her on and on, but she was too vain and too selfish to marry just anybody.

Time and time again she turned down great hunters, who came to her place wishing that she would accept their proposals.

Her father was destroyed and one day he told her: “Sedna, my dear, we have no food and we will get hungry soon. You need a man to take care of you, so the next one who’ll want to have you, you must marry him.”

Sedna laughed and continued to brush her hair as she looked the reflection of her lovely face in the deep water of the ocean.

Soon her father saw another creature approaching their camp. The man was curiously but elegantly dressed in furs and you could smell from far that he was extremely rich and powerful. Only his face was hidden by a mask. Sedna’s father spoke to the man. “If you’re here seeking for a woman, I have the most desirable daughter, one could dream of. She can do anything to please you and she will make a good wife.”

No matter how much she protested, Sedna was forced to go aboard of the rich man boat and journeyed to her new home. Soon they arrived at an island. Sedna looked around. She could see nothing but bare rocks and a cliff. The man stood before Sedna and as he pulled down his mask, he let out an evil laugh. Sedna’s husband was not a man as she had thought but a raven in disguise. She screamed and tried to run away, but the bird was stronger and dragged her on the top of the cliff.

Sedna felt so unhappy and so miserable that she was desperately crying day and night, calling her father’s name as that was her only thought of help. Through the howling arctic winds Sedna’s old man could hear his daughter sadness. He suddenly felt guilty for what he had done and decided it was time to come along and rescue her. He loaded up his small kayak and paddled for days through the frigid arctic waters until he reached the dark island. When he arrived Sedna was standing on the shore. She hugged her father then quickly climbed into his kayak and paddled away.

The big black raven was so angry because of it that he created a vicious storm and the calm arctic see soon became a raging torrent tossing the tiny kayak to and fro. Sedna’s father was very frightened. He grabbed Sedna and threw her over the side of the kayak into the ocean. “Here, he screamed, here is your precious wife, please let me live and just take her.”

Sedna struggled as her body began go numb in the icy arctic waters. She swam to the kayak and reached up, her fingers grasping the side of the boat. Her father, terrified by the raging storm, thought only of himself as he grabbed the paddle and began to pound against Sedna’s fingers. Her frozen fingers cracked and fell into the ocean and turned into seals, whales and fishes. Sedna could fight no more and began to sink herself.

The beautiful woman, tormented and raging with anger for what had happened to her, did not perish. She became, and still is today, the goddess of the sea. Her companions are the sea creatures that sit with her at the bottom on the ocean. Her anger and fury against man is what drums up the violent seas and storms. Hunters have a great respect for her. As the story says, they must treat her with respect while the Shaman’s from the world above must swim down to her to comb her long black tangled hair. This is the only way she can be calmed down. Once this is done, she releases her mammals to allow the Inuit to eat from the bounty of the sea. It is for this reason in the north that after a hunter catches a seal he drops water into the mouth of the mammal, a gesture to thank Sedna for her kindness in allowing him to feed his family.